What I Ate in LA as a VEGAN! (Vegan Around The World Vlog) 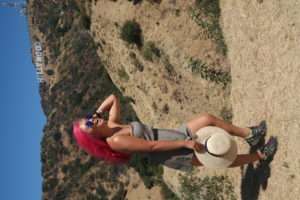 I’ll be honest – I’m not the biggest fan of LA. I went there with my family when I was young (around ten years old) when we were doing a road trip down the US to Disneyland and other places. I didn’t remember much about LA and this time (in June 2017) was the second time I went and first time going as an adult.

I personally like cities that feel like an exciting metropolitan area – I enjoy the hustle and bustle of a city…! I enjoy when there are lots of people on the streets and everything seems exciting and lots seem to be happening. I didn’t get that feeling from LA – probably because everything was spread out so widely. It was hard to get around and we had to take Ubers everywhere – which is another thing I don’t like. I like cities that are easily accessible by public transport and are easily walkable from one place to the next. I guess these are just all personal preferences.

BUT, the one thing I loved about LA was the FOOD. So many vegan options and many delicious ones at that. We definitely explored a lot of the LA vegan scene and here are some of the things we ate.

What I Ate as a Vegan in LA (Video) 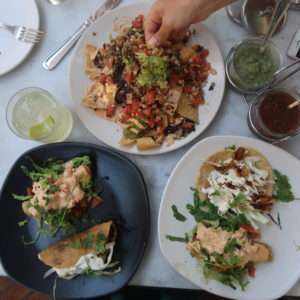 We went to Gracias Madre (100% vegan Mexican restaurant) on our first full day in LA and it did not disappoint. We happened to go during their happy hour which meant that many of the dishes were just $6. The best thing we ordered were the nachos which was a big plate for just $6. It was huge, the ingredients tasted fresh and it was super yummy. Oh, and it came with cashew cheese. YUM. 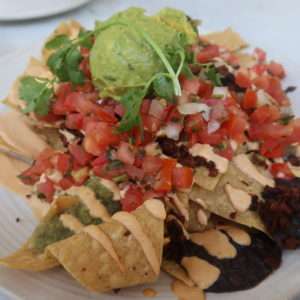 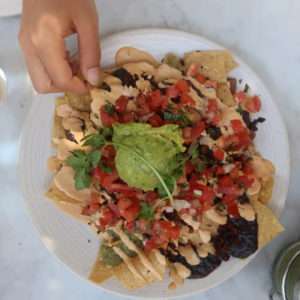 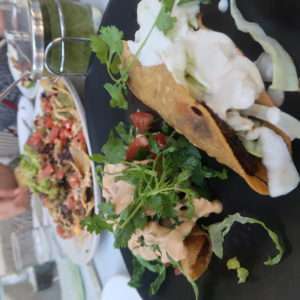 We also got some dessert (obviously). We got this ridiculously delicious brownie and their tiramisu. I definitely recommend trying both…! 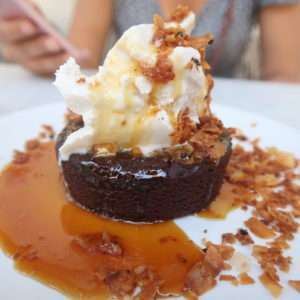 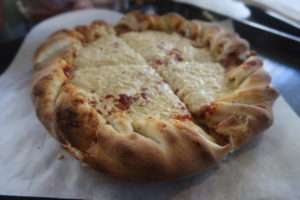 When we went to the Original Farmer’s Market, we were somewhat struggling to find decent vegan food options. It was surprisingly hard to find vegan food there, which was strange because you’d expect a farmer’s market to have tons of options. I assume it’s because it was such an old and established farmer’s market that all the places there have been around for a long time…and veganism is relatively new.

Anyway, we found out through the greatness of the internet that there was a place called Deano’s Gourmet Pizza that had some vegan options. We definitely were not disappointed. The vegan cheese was actually super delicious and did the whole melting AND stretching thing… plus the pizza pretty much had a STUFFED CRUST. What is my life?! 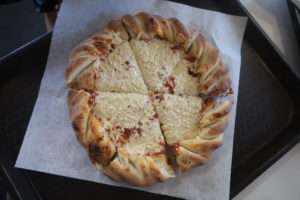 I ended up getting a stuffed calzone which also did not disappoint. It was actually massive and I had it stuffed with a bunch of goodness. I highly recommend this place! 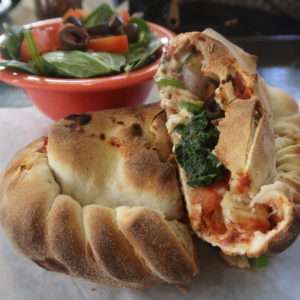 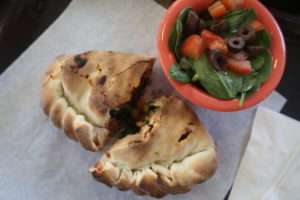 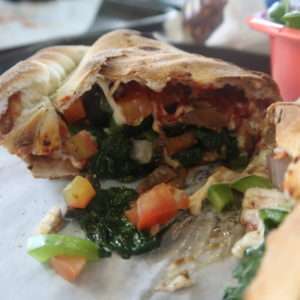 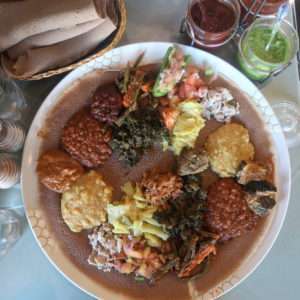 I think this may have been my very first time eating vegan Ethiopian food. I believe I had the Ethiopian bread a long time ago when I was young and I didn’t like it at the time because the texture was strange for me and it was a bit spongey. This time around, I really enjoyed it, especially with all the different little sides on the plate. Everything was super flavourful and it was different than anything else I’ve ever had.