Watch the video above to see all the food I ate!

A lot of people might think vegans are only eating kale salads and anything with quinoa. However, vegan food is so much more than that. I’ve been playing around with a plant-based diet for almost 7 years now (this is insane – I just came to this realization last night and I couldn’t believe it’s been this long already). I went mostly plant-based in 2011 and then switched to vegan in 2014. Let me tell you that vegan food has come such a long way! Of course, vegan food is JUST FOOD. Minus the animal products. People tend to forget this fact. Vegan food is just food. I guess what I mean is that vegan food CULTURE has come a long way. There are now so many more options than there were before and people/companies/restaurants are becoming increasingly creative when it comes to coming up with new vegan dishes. 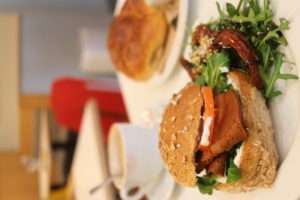 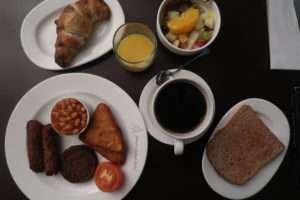 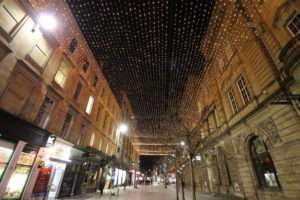 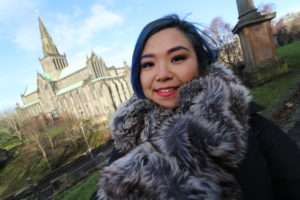 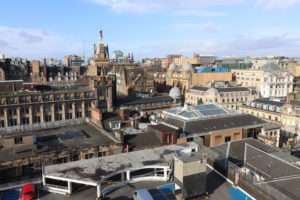 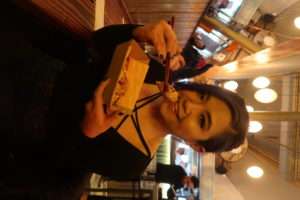 So when VisitScotland, the tourism board of Scotland, contacted me to do a sponsored trip to Scotland (mostly Glasgow) to experience the vegan food scene there, I was immediately on board. I already knew that Glasgow had so many vegan cafes, bars, restaurants that I needed to go back and taste more. Glasgow was one of those places where I never felt like a weirdo or an outsider or someone very different for being vegan. This is an achievement.

Part 2 of Vegan Food in Scotland is a “What I Ate in a Week as a Vegan Who Eats Whatever” video, where I show all the delicious and amazingly comforting food I ate in Scotland as a vegan. The vegan food in Scotland isn’t just hummus and veggies! It’s what every hungry vegan foodie dreams of. Tons of comforting food like burgers, hot dogs, mac and cheese, pizzas, desserts, etc. It’s not your typical “healthy” vegan food that you’ll see in many different vegan restaurants. Don’t get me wrong, I like my healthy food. But I love that the Glasgow vegan scene is about showing people that you can be vegan and still have your super indulgent junk foods! 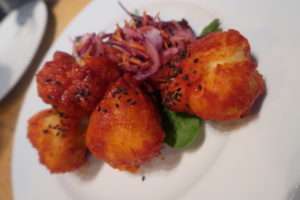 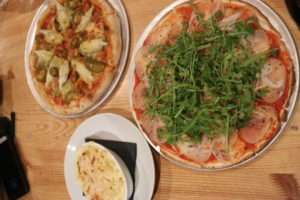 Many of the vegan establishments in Glasgow are “cafe bars” and they don’t give off the usual typical “veggie restaurant vibe”. Not sure if you know what I mean but it’s not the usual green juices and acai bowl vibe that you might get from a typical vegan restaurant in LA, for instance. Again, I love those types of restaurants too so I’m not trying to knock them down. BUT I like the fact that the Glasgow vegan scene is not “stereotypically vegan”, if that makes sense. They’re a bit more “edgy” and “grimy” and most of the cafe bars you go to in Glasgow don’t LOOK vegan. Many of them have live music as well. The first time I went to Glasgow, I had to ask the wait staff a few times at different places if their menu is actually vegan because I COULDN’T TELL. This is a good thing, in my eyes. 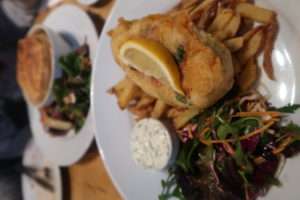 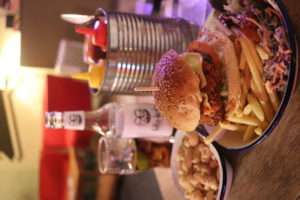 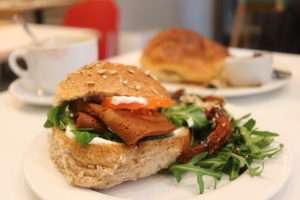 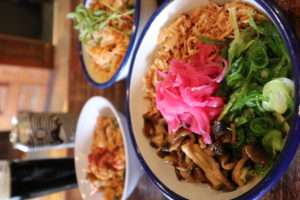 If you want to see more of my trip, you can watch some additional travel footage on my vlog channel! 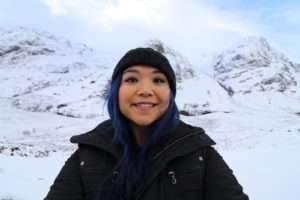 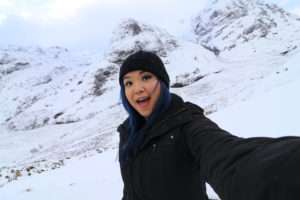 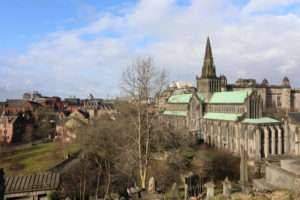 I hope you guys enjoy my “What I Ate as a Vegan Who Eats Whatever” video and I hope you get to experience the Glasgow vegan food culture one day (if you haven’t already).

Don’t forget to watch part 1 of my Vegan Food in Glasgow series where I work with a local vegan chef who showed me how to make a delicious Scottish vegan dish: