What I Ate For TWO DAYS as a VEGAN in Toronto

Watch video to see What I Ate in TWO DAYS as a VEGAN in Toronto!

If you haven’t noticed yet, I suck at posting things on time. Especially when I go travelling somewhere, it might be about a YEAR LATER that you’ll see the videos… So yes, these are some old clips from my trip to Toronto in August 2017.It’s a little weird to see myself with bright pink hair again (I’m starting to think… what was I thinking?! LOL), but I thought these videos were worth posting even later because the vegan food scene in Toronto is pretty epic. There are so many options as it is definitely one of the most vegan friendly cities in the world. 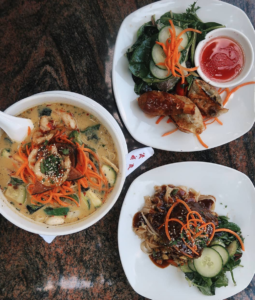 This video is simply part 1 of a series of vegan food in Toronto videos so stay tuned for more!