Watch video above to see how I made the ketchup spaghetti and a taste test!

Scroll down below to see the written recipe. 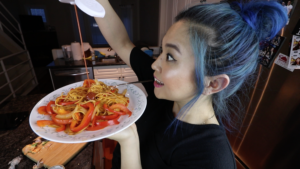 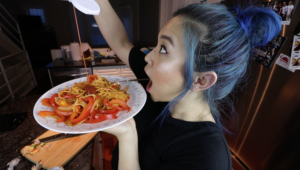 I think I’ve discovered a new passion – finding strange sounding recipes, veganizing them and attempting to make them on camera! After making vegan pizza toast on one of my recent videos and using ketchup as a base on one of them, I realized I could probably do so much more with ketchup!

Oh, Ketchup, you beloved creature that lives in almost every modern fridge… I just have to say… I love you. This is one of those “Western” condiments that I believe gets used quite a lot in the East as well. There were many sauces that I wasn’t really aware of when I was living in South Korea as a child, but I do remember ketchup always being a part of my life. I remember always having ketchup fried rice which, by the way, is delicious. 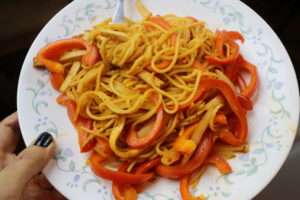 Anyway, I wanted to know if “ketchup spaghetti” was a thing so I googled it, and sure enough – it was! Apparently it is a pretty big thing in Japan. “Spaghetti Napolitan” (named after Naples, Italy, which is quite hilarious since I don’t believe anyone in Naples would actually eat this) was supposedly created by a Japanese chef in Yokohama in the 1950s, shortly after the second World War. People believe he was inspired by the spaghetti and tomato sauce dish that American troops were eating overseas. I presume at that time actual tomato sauce was difficult to find in Japan, which is probably why they resorted to using ketchup. This is just my guess… but it makes sense! 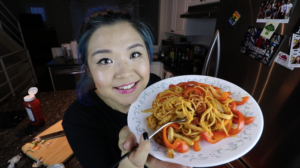 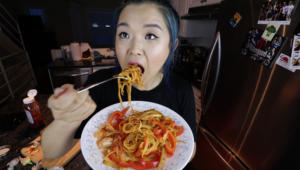 After searching it and seeing how simple the recipe sounded, I just HAD TO give it a go on camera and show you guys what I thought of it. I also included the vegan recipe I used below so you can give it ago.

Has anyone ever tried ketchup spaghetti? If so, what was your experience? 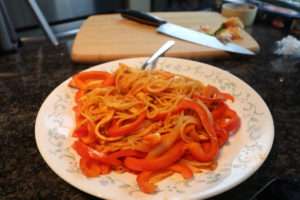 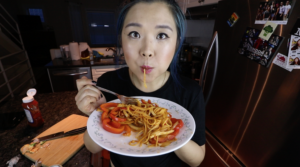 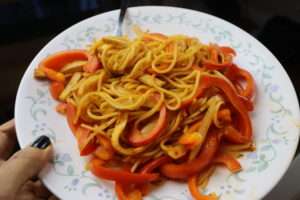 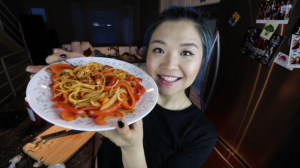 Inspired by recipe by TabiEats