Watch the video above to “Cook With Me” and see how I made this delicious vegan butter garlic parmesan pasta recipe! Scroll down to see the written recipe. 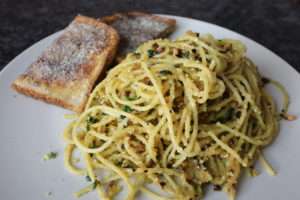 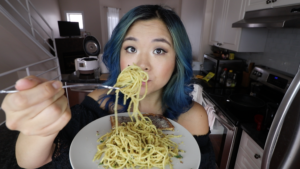 When I was a teenager, way before I was vegan, I remember going to my friend’s house and having plain spaghetti with a ton of parmesan cheese. I remember thinking it was pretty weird at the time but I also remember really enjoying it. I guess I wasn’t used to having pasta without sauce, but after that, I’ve definitely made spaghetti with parmesan numerous times. It’s funny because I’ve never been a huge parmesan cheese person. But for some reason, I really enjoyed this combination. 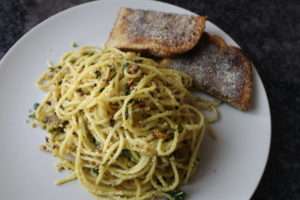 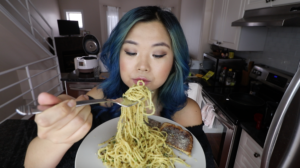 The combination of the vegan butter (or oil if you prefer), browned garlic, the nutty parmesan “cheese” and a bit of crushed chili flakes… I’ll never look at spaghetti the same way again. 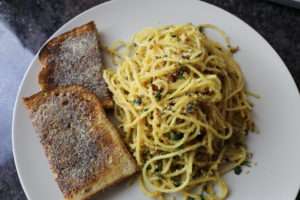 As per usual, I made this recipe on camera, when I had no idea what it would taste like. This is usually how I make my recipes and sometimes it works out, sometimes it doesn’t. This time, I was genuinely AMAZED at how delicious this turned out and how SIMPLE it was. 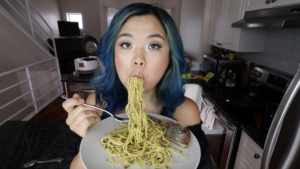 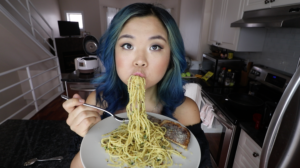 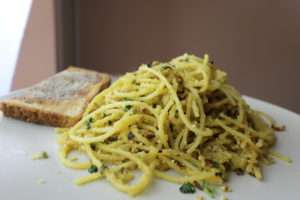 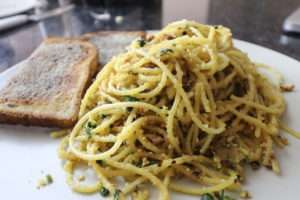