See video above for some go-to vegan meals! And see below for a little glimpse into my story… 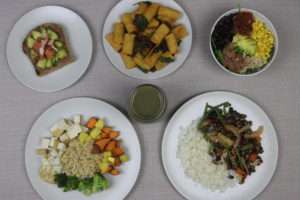 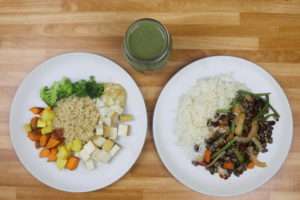 How Cheap Lazy Vegan started… in case you were curious.

I came up with my handle “Cheap Lazy Vegan” (let’s say CLV now cause apparently I’m cool) when I first moved to London in the summer of 2014. I went to London on a working holiday visa (Tier 5 Youth Mobility Scheme) because I wanted to explore a new country/city and travel for a bit… but I also didn’t want to “waste” my degree. So I chose London because I spoke the language, already had some close friends living there and I could get a “big girl job” and put my business degree to use.

I had no idea what to expect or what sort of job I would get. I quit my relatively high paying job in Canada (considering it was an entry level role, I was paid pretty well) and just went off to London! Little did I know that the pay in London with very little experience would be MINISCULE. I also didn’t expect the cost of living to be THAT high. I mean, I knew it would be expensive… but I don’t think I was prepared for how expensive – especially considering my first job in London was a HUGE pay cut for me. I was essentially spending 2 or 3 times the amount of money as I was spending back home in Canada, but I was making maybe about 70% of what I was making before. So naturally, I felt super broke. I wasn’t actually broke because I had savings but I wasn’t used to living like this so it was a bit of a shock to my system! I was living pay cheque to pay cheque which is something I wasn’t used to at all. 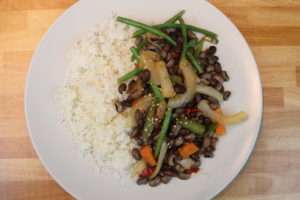 So that is when I came up with CLV – because I was cheap with my food since I had to be (but let’s be honest, I wanted to spend money doing fun stuff rather than buying expensive groceries) and I was also super lazy when it came to making food. I wanted to spend my time doing other things that labouring in the kitchen! I spent very little money on food and quickly discovered that when it comes to groceries, London wasn’t too expensive… and vegan food in the grocery store was definitely not that expensive as long as you stuck to the basic staples!

I initially started CLV on Instagram just to post some random photos of my food and then about a year later, I posted my first YouTube video. My Instagram page definitely did not take off like my YouTube channel did! My YouTube page gained 10,000 subscribers in less than 3 months which was crazy. I guess it shows how much people were craving vegan related content that was affordable and easy. 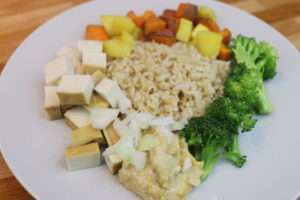 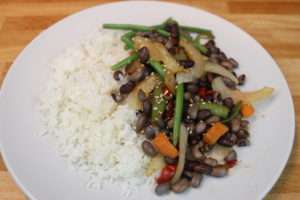 ANYWAY that was the story of CLV – I hope you enjoyed. The video above is featuring some of my go-to type cheap and lazy vegan recipes and things I would make on a regular basis. I absolutely love food but I still don’t like spending lots of money or time in the kitchen.

I hope you enjoy the video! 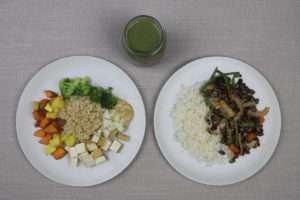